When last we spoke, I stated I would *totally* finish a 14th century outfit by the end of January.

Yeah… that totally happened. Between the holidays, full-scale finishing another few projects, the SCA start date for in-person activities getting postponed, and the all powerful brain weasels… this did not happen.

But considering I was so eager for it, and I’m really looking forward to it, I decided that if I wasn’t going to finish, then damn it, I would make it better. Considering that all I’d done was sew most of the hood, it just needs edging as I’m not happy with what’s been done, and cut out the kirtle and shift, I had everything pretty wide open.

(Then I realized I’d already cut the kirtle out (except for gores), and things were looking much better.)

So now? I’m going to handsew the fucking lot of it. I’m thinking I’ll also partly take apart the hood and handsew a few things on it I’m not totally happy with (such as seam finishing). My tentative goal is the end of May, but if it’s earlier, I’ll be thrilled. I’m using it as an excercise in forcing myself to complete everything and take no shortcuts.

And it shall be most excellent.

The Kingdom of Calontir is hosting a clothing challenge!

Before everything hit, I planned to make a 14th century outfit for Estrella 2021. I bought the fabric early on in the whole covid-madness, and decided heck, this will be good.

I then, of course, proceeded to spend several months dealing with a bunch of other things, losing the crafting muse, enjoying that body changing that comes with stress, and just going ‘blarg, no, later’. Well, this challenge comes along, and so I’ll be doing it. Because the group motivation of such things helps, and I’ve got a plan that should help somewhat with the

So now, let’s talk about the plan!

The second of my 2019 Kingdom Arts and Sciences championship entries was clothing.

In the documentation, I make note of the fact that I am thinking about taking apart some of the overdress. That is currently taken apart and in the pile of things to do when I have the brain to do it. This whole Covid situation as rather sapped my will to work!

I must also thank Lady Dominique de la Mer, without whom my documentation would not be nearly as nicely worded. 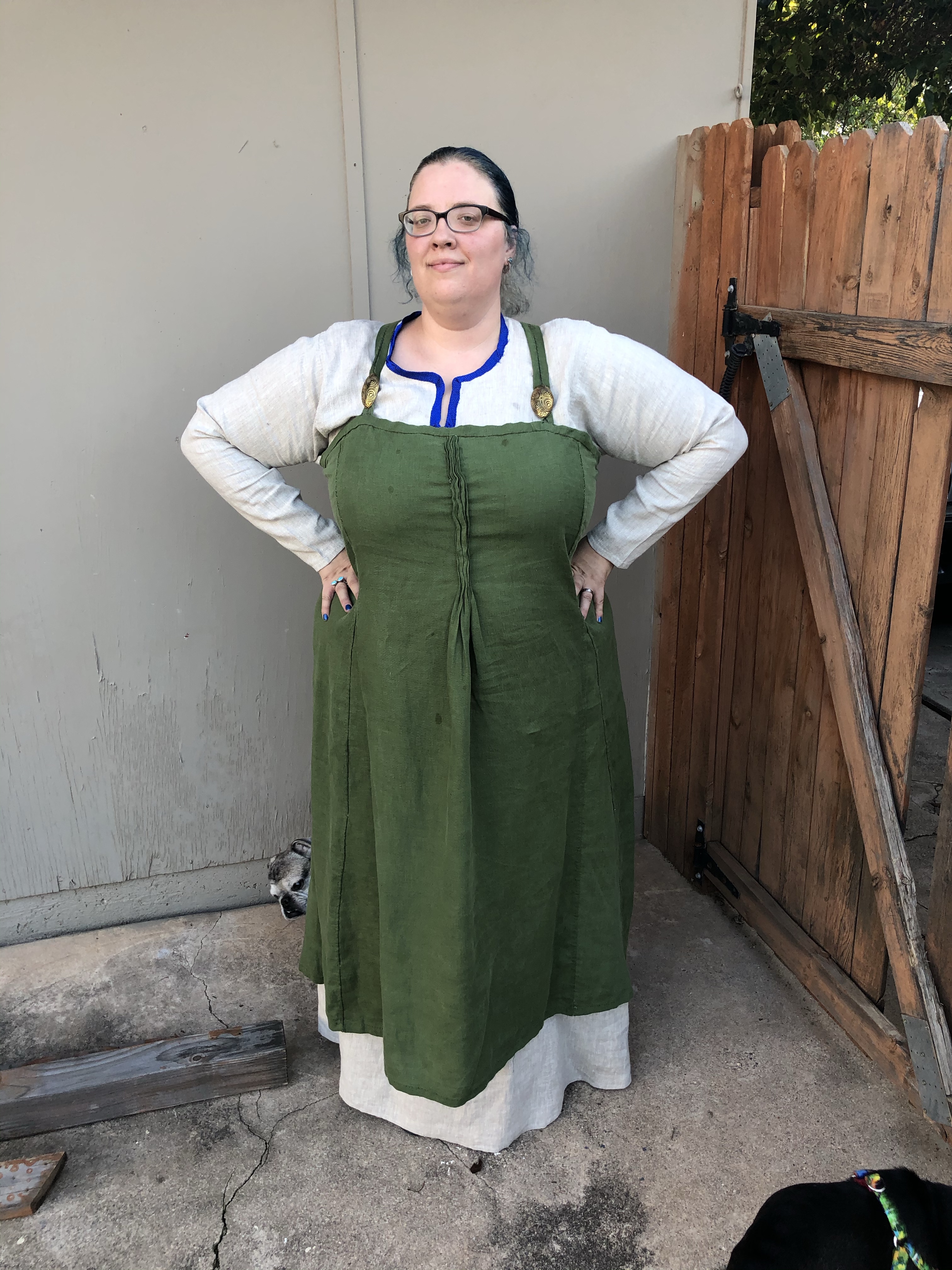 As with much of my life, pug stalkers are a think.